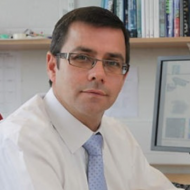 This user account status is Approved
About About
Posts Posts

This user has not added any information to their profile yet.

Professor Madden is a Senior Lecturer and the Head of Discipline of Information Technology, National University of Ireland, Galway. He previously worked in an Irish internationally trading engineering software company, where he was the Research & Development Manager. Prior to that, he received his PhD in NUI Galway. He now leads the Machine Learning Research Group in Galway. His research interests include Reinforcement Learning, Bayesian Learning, and the use of appropriate Machine Learning and Data Mining techniques in application areas including logistics, medical diagnosis and chemical analysis.
Professor Madden is a Funded Investigator with CONFIRM.